Who could be next on private equity’s shopping list?

Cashed up private equity investors were very active buying up New Zealand companies last year and are expected to remain on the hunt this year.

Apax’s $2.56 billion offer for Trade Me is still to be finalised with a vote due in April amid other regulatory approvals but industry players widely expect the deal to go ahead.

While Restaurant Brands shareholders have until March 12 to accept the $881 million bid for up to 75 per cent in the Kiwi company being made by Mexican investment company Finaccess.

Slade Robertson, managing director of Devon Funds Management says he expects merger and acquisition activity to remain at an elevated level this year.

“This will be driven by the very low levels of interest rates globally and by the significant levels of liquidity that exist across the private equity networks,” he told Stock Takes this week.

There is plenty of talk around the markets on which company could be the next potential target.

Fletcher Building has already attracted speculation with its beaten up share price prompting some to suggest it could be open to a takeover.

But another company which is being talked about is Z Energy. 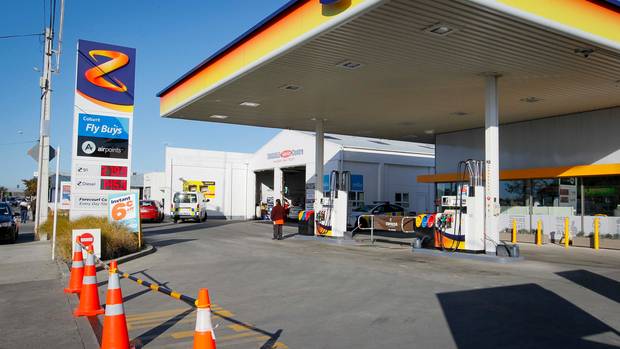 Z Energy has been suggested as a potential buy for private equity investors. Photo/Warren Buckland.

The fuel retailer has been a bit unloved by the share market in recent times.

In November, the share price hit $5.18 – its lowest point since May 2015 – after suffering a 21 per cent decline in first half earnings and announcing a dividend that was five cents less than investors were expecting.