Buy now for $2.5b? Trade Me receives buyout offer

Trade Me says it has received a $2.5b buyout offer from a UK private equity company APAX partners – representing a 12.5% premium on its closing price yesterday. 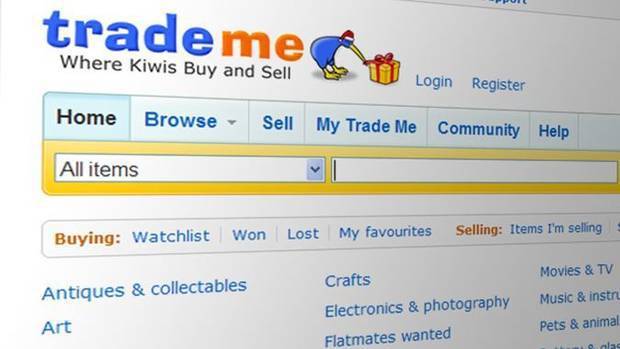 The $6.40-a-share offer is indicative and non-binding, the company said in a filing to the ASX.

The deal is subject to due diligence, and Trade Me is open to rival offers before Apax presents its binding bid on December 12.

The filing followed speculation earlier this morning that Trade Me is in negotiations with a cashed-up offshore buyer who wants to acquire company and delist it from the NZX and ASX.

One local broker has told clients this morning that the fact Trade Me pulled out of a recent broker conference and has yet to announce a new chief executive lent a degree of credence to the report.

He thought a bid north of $6 per share would be necessary to get a deal over the line, given Trade Me’s forecast profit growth for 2019.

Trade Me dominates the second-hand auction market but faces stiffer competition in areas like classified advertising and new goods sales where it’s seeking growth. In the latter, it faces encroaching competition from Amazon and Alibaba.

A Trade Me spokesperson had no immediate comment when approached by the Herald this morning.

At Trade Me’s annual meeting on November 8, chairman David Kirk told shareholders the board was down to a shortlist of two (un-named) candidates to replace MacDonald.

Kirk gave no timeline for making a decision but said it could be before Christmas.

On August 22, Trade Me said it was distributing $100 million via a 22 cents per share special dividend, as the online auction company announced it turned over more than $250 million for the first time to deliver a 3.9 per cent increase in net profit for the year to June 30 of $96.6 million.

The company was founded by Sam Morgan in 1999.